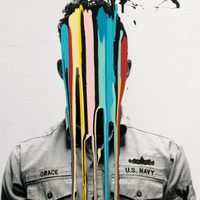 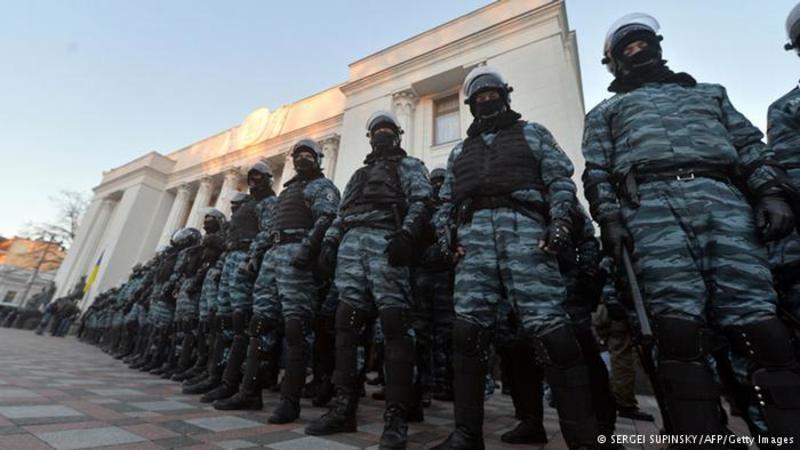 One of the ways to read Foucault’s “The Punitive Society”[1] is as a detailed instruction for a revolution. For example, indigenous people of my land, the Ukrainians, would learn why investment in public mass media and universities profits the community more than supporting an oligarch’s army; or why the creation of a social movement matters more than saving the state. A revolution is not a protest; a revolution is a result. If one oligarch replaces another, it’s not a revolution; even if it was big. Foucault wrote: “…Neither control nor destruction of the State apparatus may suffice to transform or get rid of a certain type of power, the one in which it functioned.”[2] Foucault’s power doesn’t reside in institutions; nobody possesses it forever. On the contrary, power can be taken, and I’m about to sum up how.
Foucault’s main point is that knowledge controls society. The modern form of power is a report, e.g. statistics, surveys, Facebook profiles where we report on ourselves and friends. Foucault wrote: “We are entering the era of the report as the fundamental form of the relations between knowledge and power… from the nineteenth century, knowledge (savoir) as such is statutorily endowed with a certain power.”[3] In Foucault's view, prison is a symbol of capitalistic approach to work. In capitalism, property owners sequestrate time for workers imprisoning them for half of the day. To stay in control, owners normalize workers’ behavior through knowledge. A report helps to rectify ideology and dupe a worker. Foucault is clearly Marxist in his argument, but his “the opium of people” is human sciences. Knowledge from books and schools deceive and mislead citizens. We are what we know about ourselves, and we know only what they, the ruling class, had reported on us.
Foucault described power relations as constant confrontations. He exposes prison, a civilization’s appendix, an unprofitable tool to produce recidivism, as an embodiment of capitalist ruse to stay in power. If in the 18th century, the prison was a place to hide monsters, e.g. vagabonds and robbers; today it’s a place to produce them.[4] Those coming out of factories (and offices) look less traumatized than those who go through real confinement, recidivism and alienation, but the result is even. Prison is a crime factory; while crime is a ruse to fight competitors by the name of the whole collective.[5] However, it’s possible to reverse power relations putting people in black suits and cars into their prisons. In other words, institutions that served one group to discipline others can be used against that group.
Destroying state apparatus doesn’t guarantee a change in power relations; it mustn’t be a goal, as Foucault suggests. Power is in everything: the way people eat, dance, love, and die. Power soaks every human relation. Yet, a life of a worker no longer belongs to him or her. A worker is helpless. His or her life is calculated in labor-power; life is a “confinement” regulated by norms and habits. In a collapsing state, humans want to get back into this system; they don’t want to live "outside". When a ruling class gets weaker and society dissolves in uncertainty, a turmoil creates a possibility for a change. According to Hobbes, since people are equal, they always can replace each other, appropriating not only goods but also social status and desires of a defeated. There need to be a sovereign to guarantee the certain stability of power. Local struggles and innovative strategies of different types can destabilize power. Foucault regarded power strategies as calculated moves, so they can be beaten up by a smarter strategy.

“The Punitive Society” suggests a non-violent scenario for an insurrection. Local resistance, which is present in every power relationship, transforms a frozen structure of the state into a mutating social body. Civil war, as a fairer implementation of an industrial society, produces new social groups and allows them to take power. Civil war mustn’t be necessarily violent. Politics, as Foucault claimed, is a civil war by other means[6]; yet it's still a war. Thus, a revolution may be non-violent too; and it would have two stages. First, critical thinking is the tool to demount norms, to unveil interest behind knowledge. Habit is what artificially ossifies a society. The dominant group stays in power through preaching peace and stability, fearing change and indoctrinating this fear to others. We were taught, we knew, that changing Leader for President will set people free. Therefore, second, movement of capital, e.g. social movements, new businesses, new social institutions and so forth, change the balance in a society for fairer distribution of wealth.

Foucault was known for his pessimism: one can see his lectures as a sad lament for the impossibility of a global change. He was looking for it in the mode of production rather than who controls it. Yet, we, born in "failed", "corrupted", and "degrading" states, have our reasons for enthusiasm; and Foucault is a great support for it.

[1] In my analysis, I mostly rely on Lecture One and Lecture Thirteen.

Tags ukrainian Russians
Back Source: Uapost
Follow us on: