Fun and weird facts about Ukraine 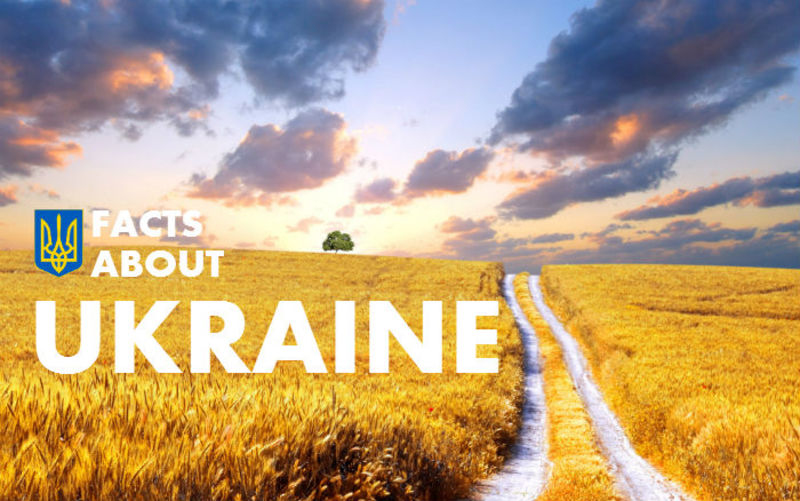 Ukraine is a European country with the rich history and it is not a secret that there are a lot of weird and fun facts about this country. Let’s have a look at some of them.

Right hand for the wedding ring

Ukrainian people are really weird, they wear wedding rings on the right hand because of some Christian Orthodox beliefs.

Friendly nation without too many smiles

Ukrainians are known for being very friendly, but they don’t like to smile to strangers.  So, don’t be disappointed if you smile and a person doesn’t smile back. It doesn’t mean that a person is rude or impolite.

Almost all Ukrainians can speak two languages Russian and Ukrainian, though the national language is only one and it is Ukrainian.

Christians in Ukraine can’t play cards, because this game is considered to be the part of the gambling world, full of sins and temptations.

Need a restroom, spend some money

If you wish to use the restroom in public places in Ukraine, be ready to pay for it. It is a really weird fact, because all European countries provide free restrooms in public places. Oh, when you will be using them in Ukraine, don’t forget to say thanks for the toilet paper.

Plastic bags are not for everyone

If you decided to go to the grocery store, be sure that you have enough plastic bags. It is not a joke, you have to pay for them in the grocery stores in Ukraine. Maybe that’s why a lot of Ukrainians use this disposable bags many times.

Ukrainian people can be proud of …

The most beautiful ladies

It is not a secret that Ukrainian women are considered to be among the most beautiful ladies in the world. If to trust Travel Digest, Kiev is a city that is number one in the list of cities with the best women on the planet. If you don’t trust, just walk through Ukrainian capital and you will get the real aesthetic pleasure.

Ukrainians are very talented people, they can do almost everything, they can even shoe a flea. The famous craftsman Mykola Syadristy was able to do it and it is possible to see the proof in the museum of microminiature that is situated in Kiev.

The first gas lamp was invented in Lviv. The name of the inventor was Ignatiy Lukasevych. The year when the gas lamp saw the world was 1853 and the same year it was used to conduct the surgery.

A lot of famous celebrities come from Ukraine. So, you can ask such actresses as Mila Yovovich or Mila Kunis to cook borsch for you.

International financial bank awarded hryvna, the national currency, to be the most beautiful currency.

Ukraine can boast with the longest musical instrument in the world. Its name is trembita.  It looks like a very long pipe and is popular in the western part of Ukraine. Carpathian hutsuls play it on different holidays and special occasions.

One of the oldest cities

The capital of Ukraine is Kiev, this city was founded even earlier than Moscow, Tokyo, Berlin, New York, Dublin, Los Angeles and other cities. Kiev was founded in 482.

Weird and popular places in Ukraine

And a simply weird writing rule

When Ukraine was a part of the former USSR, it was necessary to say – The Ukraine. Today it is necessary to write the name of the country without any article. Simply write – Ukraine.