We are all one! 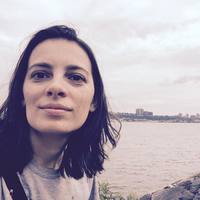 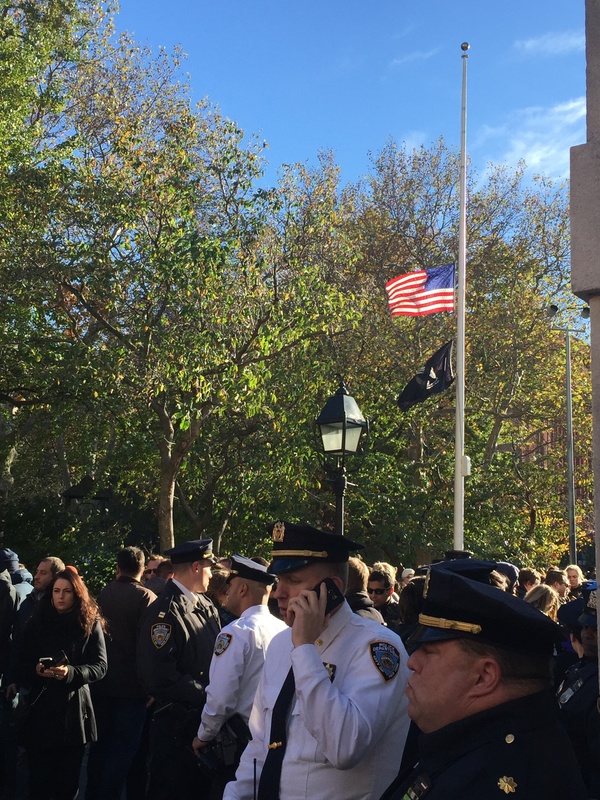 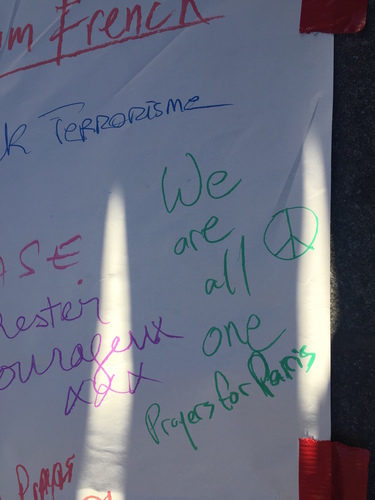 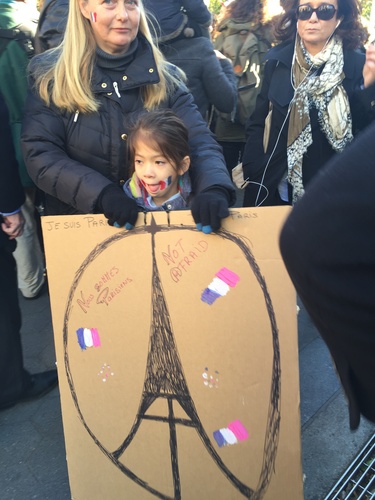 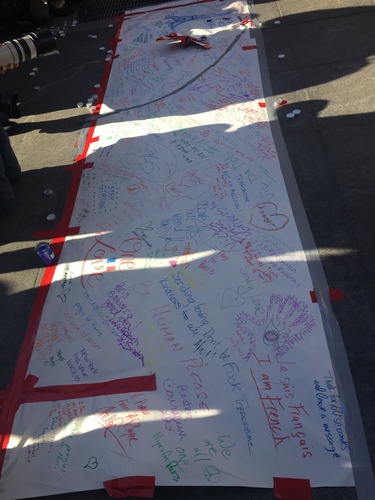 Messages on the ground 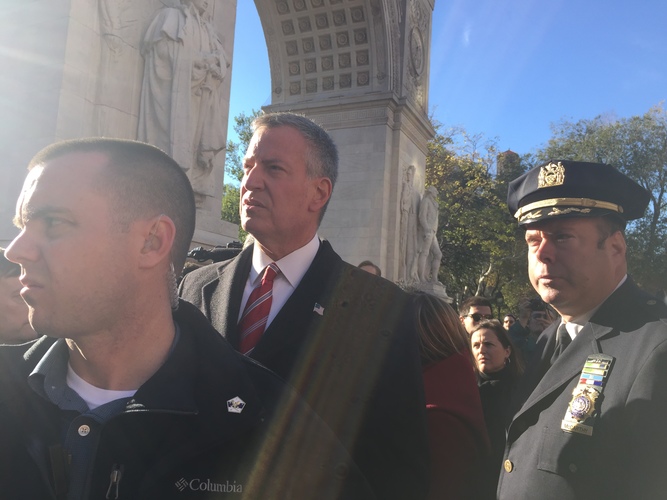 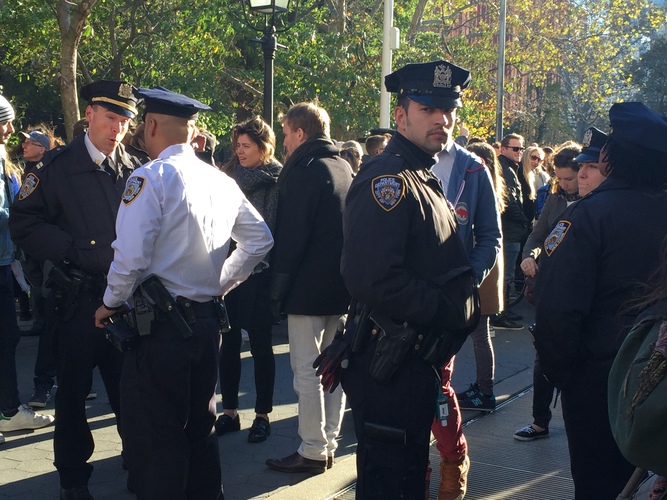 NYPD with the people of NY 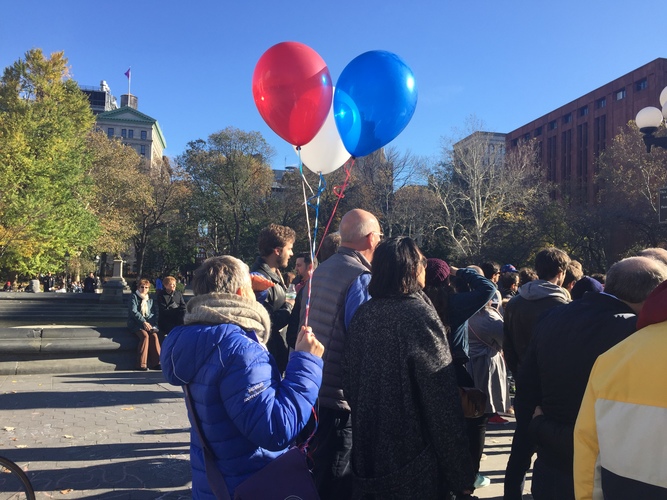 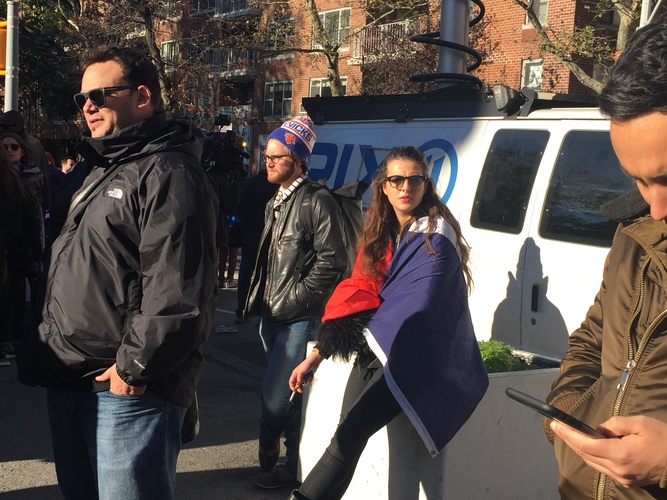 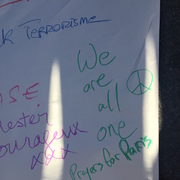 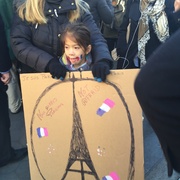 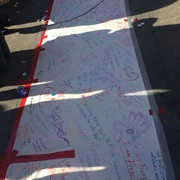 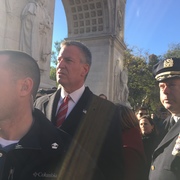 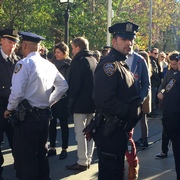 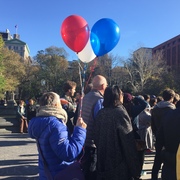 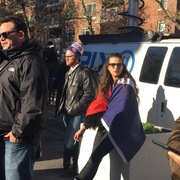 Now, in this saddest time for the people of France, all New Yorkers deeply sympathize and mourn every life that so was unjustly lost on Friday in the terrorists attacks in the central Paris. 129 people died and more than 350 injured. This horrific tragedy brings the memories of 9/11. The pain is unbearable, and only time is able to heal wounds.

On Saturday afternoon hundreds of New Yorkers gathered in Washington Square Park, under the arch, to show their unvarying support to the people of France. Some brought flowers and candles to honor victims. Mayor Bill de Blasio joined the crowd in a show of his support for French community in New York and for Paris. With the French Consul General by his side, Mayor expressed his condolences to all the families that lost their loved ones last night. American flag was lowered in solidarity with Paris.

"Terrorists can't win if we refuse to be terrorized. In one voice, we speak together for peace", said the mayor. This night the arch in Washington Square park was lit in colors of French flag in solidarity with Paris.

Following the Paris attacks, NYC boosts its security. We can see more police officers on the streets, in subways, and by the tourist attractions. Mayor aslo thanked the NY Police Department for their 24/7 service to one of busiest cities in the world.

The population of New of York is 8 million people and plus thousands tourists who visit Big Apple every day, and especially now, for the holiday season, everyone wants to feel safe.