Seven Gifts from Ukraine to the World 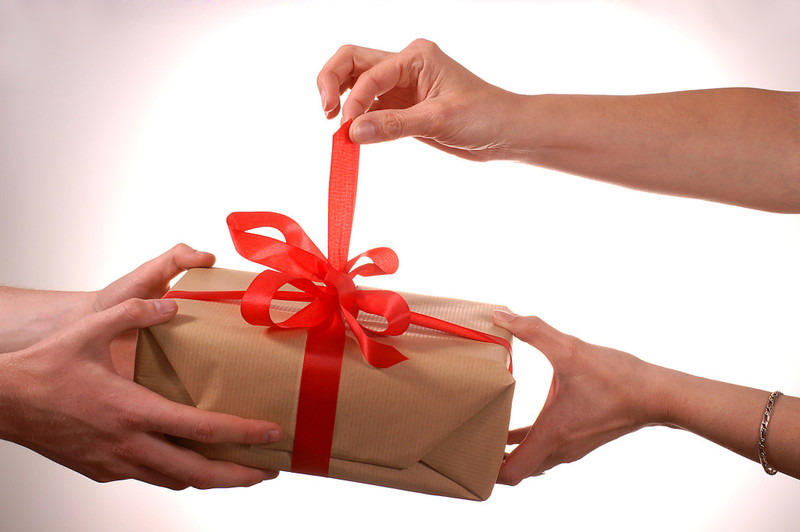 By: Ilona Sologoub, a Research Associate at the Kyiv Economics Institute and a member of the Editorial Board of VoxUkraine

In the midst of the holiday gift-giving season, VoxUkraine presents a list of “gifts” of Ukraine to the world – the things of Ukrainian origin (created by people who identified themselves as Ukrainian or whose life and work is closely connected with Ukraine)  which we think had a significant and prolonged impact in the world.

In the XI century, the daughter of Kyiv Prince Yaroslav the Wise, Anne, became the Queen of France – and, since she was well-educated, became actively involved into European policy. Besides, she supported the opening of public and monastery schools and libraries, following the pattern of her motherland.

Ostroh Academy (1576-1636) and Kyiv-Mohyla Academy (1632-1819), both renewed in 1990s, were the only higher educational institutions in the Eastern Europe at the respective times. Among the graduates of the latter one can name Danylo Samoilovych (1744-1805), who discovered the plague proliferation mechanism and invented the first anti-plague vaccine, Pylyp Orlyk, the author of one of the first constitutions in Europe (1710), several outstanding philosophers, writers, artists and composers.

Today, scientists of Ukrainian origin work at universities and research centers around the globe and are founders of a number ofsuccessful startups. Several Ukrainians stand at the origins of biochemistry. Ivan Horbachevsky was the first to perform the synthesis of uric acid from glycine (1882). One of his inventions was the diagnostic method based on urine analysis, widely used today.

Volodymyr Vernadsky, the founder and the first president of the Ukrainian Academy of Sciences, laid the foundations of modern biochemistry, geochemistry, mineralogy, radiology. He developed the concept of Noosphere (the world of ideas and knowledge) as the third stage of the Earth’s evolution.

The Institute of Biochemistry founded by Oleksandr Palladin performed hundreds of R&Ds related to functioning of human body and brain. Among them are the blood-stopping drugs, blood substitutes, anti-tumor drugs, synthetic vitamins, a number of immune tests. Today, one of the institute’s projects is creation of the library of recombinant antibodies.

The famous surgeon Mykola Amosov is one of the pioneers of heart surgery, founder of the Institute of Cardiovascular Surgery, which remains one of the five leading European centers of cardiovascular surgery.

Ukraine’s middle name is the “bread basket of Europe” – not only because of its rich black soils but also because of its hardworking people. When taking a closer look at the major grain-producing countries (Canada, Russia, Kazakhstan, Moldova, Poland, Argentina, Brazil and others), one usually discovers that their agricultural sector was initially developed to a large extent by Ukrainian immigrants. During the XX century, Ukrainian plant-breeding institutes hatched several dozens of breeds of hardy and highly productive winter wheat. Over 10% of currently planted winter wheat in the world is of Ukrainian origin. Today, Ukraine is one of the world’s largest producers and exporters of crops (according to FAO statistics, in 2014 Ukraine was the 10th largest wheat producer and 5th largest corn producer in the world). Ukraine is the world’s largest exporter of sunflower seed and oil (over a  half of the total world’s exports), the oil output from the sunflower seeds was greatly enhanced by Ukrainian plant breeding institutes in the first half of the XXth century.

The Colours of the Ukrainian flag remind us of the vast grain fields which are a common landscape of the country. The exploration of the sky (both inside the Earth’s atmosphere and outside of it) is closely linked with the names of a few dozen of scientists and engineers of Ukrainian origin. To name a few, Mykola Kibalchich was the author of the first sketch of a rocket. Later,Serhiy Koroliov developed his ideas and launched the first Sputnik in 1957. A flight to the Moon would not have been possible without the path-breaking work of Yuriy Kondratiuk who developed the first Lunar Orbit Rendezvous (LOR) and a number of other concepts.

Today, Ukraine operates “Mriya” – the largest aircraft in the world created by Antonov design bureau in Kyiv; and the “Yuzhmash” plant in Dnipropetrovsk produces space rockets used for the “Sea Launch” project.

The movie “Zemlya” (The Land) filmed by Oleksandr Dovzhenko in 1930, although forbidden in the USSR, is widely known and admired in the world. In 1958 this silent cinema was named among the 12 greatest films of the mankind.

The documentary ‘Man with a Movie Camera’ by Dziga Vertov (1929) has been voted the greatest ever documentary movie by over 300 critics, programmers and filmmakers in the poll by the British Sight & Sound magazine in 2014.

The  Shadows of Forgotten Ancestors filmed by an Armenian Sergey Parajanov after a novel of Mykhailo Kotsiubynsky, is one of the world’s masterpieces and a film one needs to see to understand Ukrainian spirit.

Many Hollywood blockbusters, including “Titanic”, “Lord of the Rings”, “Harry Potter” and others were filmed with equipment invented by a Ukrainian engineer Anatoliy Kokush (who received two technical Oscars in 2006) and produced by his Kyiv-based firm “Filmotechnic“.

Ukrainians have composed over 500 thousand folk songs. Guillaume de Beauplan in his famous “Description of Ukraine…” wrote that Ukrainians are the only nation that sings while crying.

In the West, the most widely known Ukrainian folk song is “Shchedryk” (in the English version “Carol of the Bells”), originally performed at the “generous evening” which comes a week after Christmas and celebrates future harvest.

Not so often played but still widely known is the “Summertime” aria, the melody for which was taken by George Gershwin from a Ukrainian folk lullaby.

For centuries, Ukrainians stood at the frontier of the settled grain-growing European civilization fighting nomadic tribes and the Osmanempire, which tried to conquer the Western lands. Ukrainian cossack culture as part of the broader central European military tradition (including Polish winged cavalry and Hungarian Hussars) adopted Oriental tactics and weaponry (e.g. Polish sabre), which later spread to the rest of Europe.

During 1918-1920 Ukrainians fought the Russian Bolshevik invasion, and in 1920 joint Polish-Ukrainian army accomplished the “Miracle at Visla” that stopped the Bolshevik takeover of Europe.

Both world wars were fought on the large proportion of Ukrainian territory, leading to enormous death toll and destruction. Over 6 million Ukrainians fought in the WWII as a part of the Soviet Army (over 15% of its total quantity). Ukrainian Insurgent Army struggled against both Hitler and Stalin totalitarian regimes since 1942 until mid-1950s.

Rather unexpectedly, in the 21st century, Ukraine has resumed its historical role as a frontier guard for the European values. Tags ukraine gifts
Back Source: voxukraine
Follow us on: