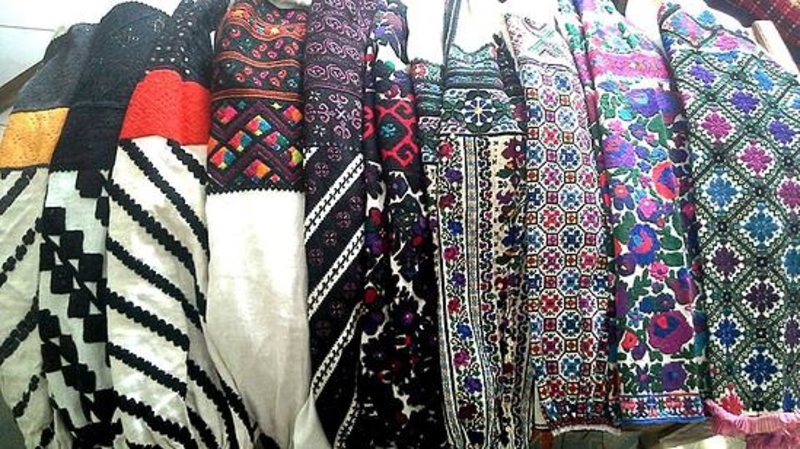 In the ancient times the main ornamental motifs reflected elements of various ancient cults' symbolism. During the long history of embroidery the direct, immediate meaning of symbolic images was gradually lost. However, while ornamental forms have reached our times somewhat transformed, perhaps more abstract, their symbolism was still preserved through traditions.

Ancient ornaments can reveal many secrets. Deciphering these, we begin understanding that the language of symbols passed down by our ancestors reflected their understanding of and attitude towards nature. As if asking for its mercy, protection, patronage, our predecessors created these unique ornaments as some sort of a spell.

It’s worth noting that from a variety of signs Ukrainian people carefully singled out and cherished only those that, in their opinion, contributed to the wellbeing, good harvest, prosperity, and good fortune. Here are some of the most common embroidery symbols and their meaning.

Birch tree - symbol of girlish tenderness, purity, fertility. Just like oak trees were believed to be the symbol of manhood, birch trees were usually associated with female energy. The Volkhvy (heathen priests) forbade sawing down birch trees in sacred groves, because according to ancient beliefs, its branches were home to a Deity. Birch sap was believed to have healing properties. Birch branches, used in the Trinity or other rites, were regarded as a special kind a protective amulet against lightning, thunder and hail. 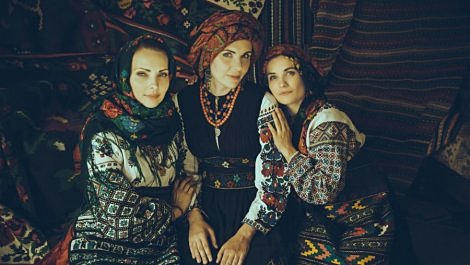 Cherry trees are known to be one of the oldest trees in Ukraine.

These were the symbol of spring, beauty, courage and mutual love. In many languages the word cherry has Slavic roots. In ancient times cherry trees were used in New Year rituals instead of Christmas trees. It wasn’t until many years that Peter the Great introduced Christmas trees to New Year celebrations. In Ukrainian the word “вишня” (cherry), is cognate with the word "Вишній" (Almighty) and thus can be translated as the "divine tree". In pre-Christian beliefs God was often referred to as “Вишній” or “Всевишній” - Almighty.

In the fall our ancestors usually planted cherry trees in tubs and kept them there until New Year’s. Having your tree blossom for New Year’s was considered a good sign, a prediction of good fortune.

Floral and plant motifs occupy an important place in the Ukrainian plant ornamentation. Quite often in embroidery one can come across the wreath symbol, ‘woven’ from plants and flowers making up a circle. A wreath is the symbol of Mother Earth, a char of blooming, wealth and procreation. Wreath, as a ritual object, is richly described in Ukrainian culture, specifically in ancient Bukovynian carols.
Wreaths played an important role in everyone's life, especially in a girl's fate. It was associated with the time of youth, time for love. 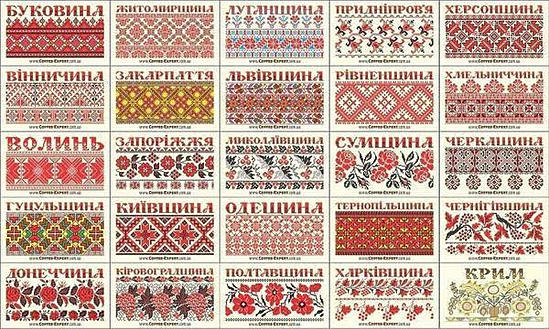 At Ivana Kupala (midsummer night), when all nature abounds with greenery, the hearts of the young were believed to be most united by love. On this night the young got great healing powers from fire and water, and particularly from Mother Earth. Girls would weave wreaths from fragrant flowers and herbs, put them on their heads and, together with young men, jump over the fire. Then they would place wreaths on the water attaching a candle. This ritual was a kind of fortune telling and trying to predict what life had in stock for them. Wreaths are very often mentioned in Ukrainian folklore which means they held an important place in the culture.

Each plant had a special meaning and was believed to have healing properties. The most honorable place in this ‘bouquet of characteristics’ belonged to remaining undefeated – presented by yarrow. Other ‘ingredients’ symbolized the following: 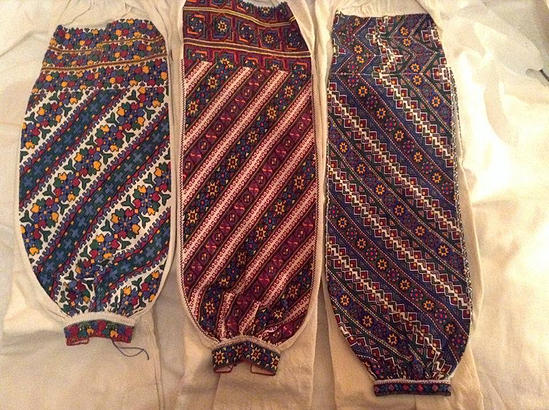 Periwinkle was often called a cruciform herb, because of its leaves that ‘reach out to all four corners of the world’. This ever green plant that, supposedly cannot be destroyed either by the scorching sun, or fierce frost or violent winds, was a symbol of youth, but also a symbol of the unity of those living with their ancestors. Periwinkle in bloom was considered a symbol of love, periwinkle growing on graves – a token of eternal remembrance of the deceased.

This plant is closely related to Ukrainian customs and rituals, particularly ‘generously’ used in wedding ceremonies. A periwinkle wreath, which the bride used to invite guests to the wedding, should later be placed in the cradle of her first born. For a girl getting married, a wreath of periwinkle is a symbol of acquiring long awaited happiness.

There was a tradition to pick periwinkle for the wedding wreath from the grave of a deceased relative with unblemished reputation – so the married couple’s love remained strong and long lasting as the remembrance of the loved one buried there.

Periwinkle was also used to decorate ‘крижма’ (kryzhma - a piece of homespun fabric, wrapped around a candle), which godparents bring for a child’s baptism. Periwinkle stems were also woven into a wreath for ‘обжинки’ (harvest) celebrations. At an engagement there was a tradition to put a bit of food on a periwinkle leaf for the couple to share, so that they shared a happy life together. Periwinkle designs were embroidered on wedding rushnyks and shyryn’ka (embroidered kerchief gifted to the groom by the bride as a symbol of her agreeing to marry him). 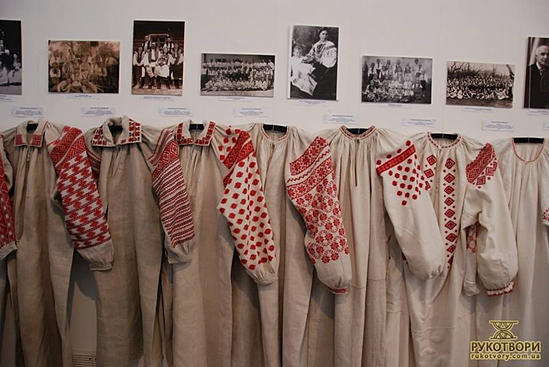 Ua Post
The "winning" articles were prepared in advance in the Russian media
Ua Post
Good deals season from LOT
Ua Post
What is Young Business Club?
Ua Post
Free Idel-Ural demands from Russia to stop the oppression of freedom of speech on the internet
Website ad