Ukrainian Identity After the Euromaidan 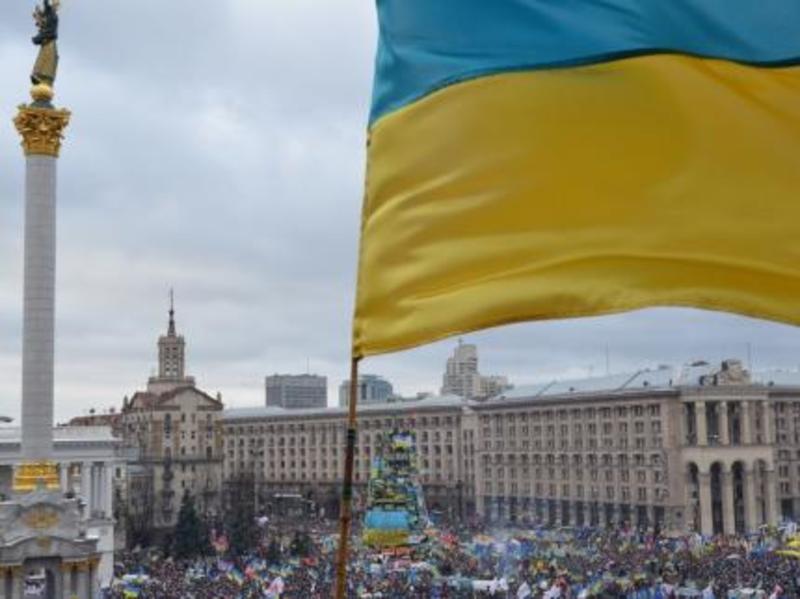 The following is an interview with the Ukrainian intellectual, analyst, and critic, Mykola Riabchuk.

MOTYL: You’ve stated that independent Ukraine has never had a government as good as the one it has today. As you know, most Ukrainians think of their president and prime minister as corrupt and untruthful. Who’s right?

RIABCHUK: I meant only that a bad government is better than very, very bad governments, which is what we’ve had up to now. The incumbents deserve a minimal pass, whereas all their predecessors deserved Fs. Most countries can live with bad governments, but not Ukraine, especially given the war and the institutional ruin created by past governments.

I’m not sure the incumbent president and prime minister deliberately engage in premeditated duplicity and mendacity, as was the case with Leonid Kuchma, Viktor Yanukovych, and Yulia Tymoshenko. Rather, they don’t keep all their promises or uphold their moral principles. But this is true of all politicians who face difficult trade-offs. People’s high post-revolutionary expectations make the problem particularly conspicuous.

The charge of corruption is especially serious, but neither Ukrainian nor international watchdogs have proof of their personal involvement in such schemes. My personal feeling is that the president and the prime minister lack the political will to curb corruption among their political allies, sponsors, and closest friends. They use corruption as a key instrument of patrimonial rule. This strategy undermined Viktor Yushchenko’s rule and led him to defeat. The same will very likely happen to President Poroshenko.

At the same time, the popular view that “nothing has changed” and that “corruption has grown worse” is nonsense. There’s no comparison between today’s wrongdoings and the complete state capture under Yanukovych. The Transparency International index is misleading, as it reflects perceptions of corruption. Those have increased, partly because of very high post-Maidan expectations and partly because of the huge daily flow of information about official misdeeds. Ukrainian civil society is more active and vigilant than it ever was, and Ukrainian media are free and determined to fight for the public good.

Popular perceptions are right to view our state apparatus as thoroughly rotten. It cannot be fixed from inside; some international supervision and guardianship is needed. I don’t exclude outsourcing Ukraine’s customs or tax service, or its Supreme Court, to international bodies created in agreement with the UN.

MOTYL: You’ve written extensively about Ukraine’s bifurcated identity. What is this bifurcation about and is it being overcome?

RIABCHUK: The bifurcation concerns the degree of mental emancipation from the supra-ethnic, quasi-spiritual entity constructed 300 years ago by Peter the Great, who fused political loyalty to his new-born empire with the traditional religiosity of Orthodox Slavdom. Ukrainians and Belarusians were officially redefined as subgroups of “Russians” (“almost the same people,” in Putin’s parlance). This identity legitimizes repressing a separate Ukrainian and Belarusian national identity and precludes the development of a modern Russian national identity.

During the past two centuries, Ukrainians made great strides in emancipating themselves from this archaic supra-ethnic community. Yet, the degree and speed of the emancipation were uneven in different parts of the country (being much more successful in the territories outside Russian/Soviet control) and in different strata of society. The main identity split today stems not from different levels of patriotism or support for national independence but from different levels of emancipation from the East Slavonic “Ummah.” One part of Ukrainian society has nothing to do with this mythical imaginary community. Another part has residual loyalties of different intensity to that virtual world. These loyalties do not undermine their Ukrainian identity and patriotism, but they definitely undermine their openness to the West and to modern, liberal democratic, anthropocentric values that have a clear Western provenance, at least in our part of the globe.

MOTYL: How have the Euromaidan Revolution, the ongoing war with Russia, and the loss, whether permanent or temporary, of Crimea and eastern Donbas affected Ukrainian identity and Ukrainian perceptions of Russians?

RIABCHUK: About 10 percent of Ukraine’s population live in territory now controlled by separatists. For the most part, these are people with a predominantly Soviet, East Slavonic, or genuinely Russian identity. But the rest of the population has undergone substantial changes in the way they identify themselves. The Euromaidan Revolution and especially the ensuing Russian aggression have substantially subverted the imaginary Ukrainian belonging to a mythical East Slavonic “brotherhood.” Ukrainian society is less ambiguous today and Ukrainian identity is becoming increasingly civic rather than ethnic, and increasingly incompatible with a supra-ethnic, non-civic, quasi-religious, East Slavonic identity.

While civic unity and civic identity are on the rise, Ukrainian attitudes toward Russians remain rather positive, in contrast to the highly negative Russian attitudes toward Ukrainians. First, Ukrainian media do not practice hate speech and propagandistic brainwashing on the scale of the Russian media. And second, Ukrainians are much less inclined to identify the people with the state; their loathing of Putin has not translated into a similar attitude toward common Russians. Many Ukrainians still want open borders and good relations with Russia, even though that’s increasingly impossible at a time of war.

MOTYL: Will Ukraine ever become a country in which the majority of the population prefers to speak Ukrainian in public?

RIABCHUK: Most Ukrainians speak Ukrainian on a daily basis. While a clear majority speak Ukrainian at home, somewhat less do so with friends or colleagues at work. But very few dare speak Ukrainian in the public spaces of big cities. There’s a simple reason for that. All Ukrainian urban centers have a long tradition of social domination of Ukrainian speakers by Russian speakers, with all the concomitant quasi-racist mockery, humiliation, linguistic discrimination, and “anti-nationalist” witch-hunts. There are plenty of recorded stories, even in independent Ukraine, of officials who refused to communicate with Ukrainophone citizens in a “bovine language” and demanded that they “speak human.” None of them have been ever punished. Small wonder that Ukrainian society is profoundly traumatized by its Pavlovian fear of using Ukrainian in public and needs something like therapy.

A two-track policy should be applied. On the one hand, we need legal protection of Ukrainian language and culture, a kind of affirmative action program to overcome the colonial legacies and disparities and counterbalance the structural advantages of Russian language and culture. On the other hand, very strong anti-discriminatory measures should be applied against ethnicity-, culture-, or language-related offenses and hate speech in general.

MOTYL: Is bilingualism the answer?

RIABCHUK: I don’t see a problem with bilingualism in Ukraine. It can really be an asset rather than a liability, but only if it is properly framed and placed on a firm legal ground. To be really functional, bilingualism should be understood not only as a citizen’s right to use freely his/her language of convenience, but also as the official’s duty to accommodate the citizen. Alas, few Ukrainian officials feel they need to accommodate citizens and simply speak Russian, the language they know best.

Worse, the bizarre kind of “bilingualism” promoted by Russian nationalists is something foreigners rarely grasp, because it seems liberal while, in fact, being deeply illiberal. Russian nationalists like Putin insist Ukrainians dispute the legitimate right of Russian speakers to freely use their language.  No Ukrainian would ever deny the right of a citizen to speak the Russian language. When Russian nationalists therefore insist on bilingualism, they are defending not the right of Russians to speak Russian, but their right never to learn and use Ukrainian, even when their jobs and official positions involve interacting with Ukrainian speakers. This attitude reflects the typical disdain of any colonial elite toward the language and culture of their subjects.

Since the war has consolidated the Ukrainian nation and increased mutual trust between all ethnic and linguistic groups, we now have a good chance to solve this problem. But a comprehensive solution requires an honest and civil public discussion and a coherent and legitimate national policy that recognizes and balances the rights of language communities and citizens.

MOTYL: Are you bullish or bearish about Ukraine’s prospects?

RIABCHUK: I’m quite optimistic in the long run, but I don’t expect any miracles in the foreseeable future. Ukraine is too large and complex and burdened with unhealthy legacies to move quickly and coherently. It’s likely to muddle through. Ukrainian civil society is successfully influencing both the speed and direction of this “muddling,” but we can’t jump from the third-world capitalism we have today to a Scandinavian-style welfare state. The only truly disastrous scenario I foresee for Ukraine would be the inclusion of the occupied Donbas into the body politic on Putin’s terms. But I don’t think our political elite, however parochial and opportunistic, is going to commit suicide.

Tags ukraine Euromaidan
Back Source: worldaffairsjournal
Follow us on: