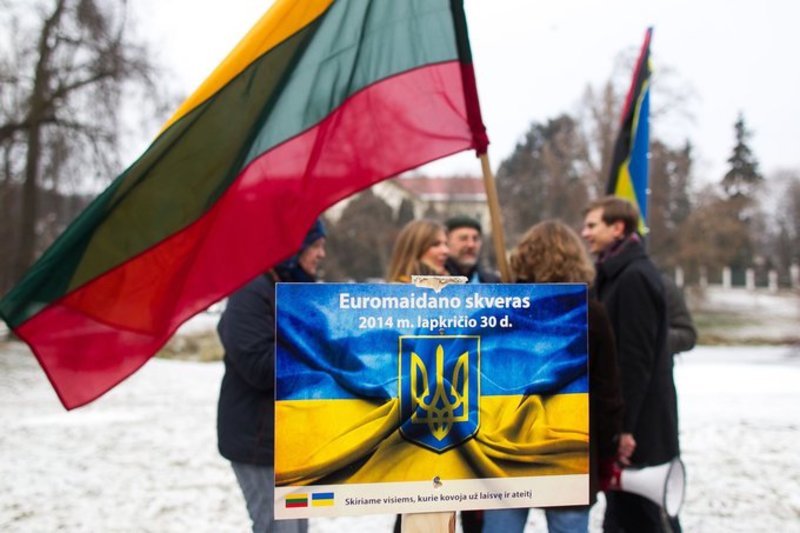 A new initiative has been launched in Lithuania, which is dedicated to cherish the remembrance of the fight for freedom of Ukrainians in the Euromaidan Revolution. An initiative group of activists has launched a  petition to rename the public square in front of the embassy of the Russian Federation in Vilnius by the name of Euromaidan. As Gintarė Narkevičiūtė, the campaign’s organizer, told Euromaidan Press,

“In this square we do not want to build monuments because those people who were fighting for freedom are not struggling for statues… They are struggling for the future; therefore we encourage creation of modern kids’ playground which will keep pulse of life and strength in front of the eyes of aggressor everyday!”

The author of the idea was created is Mr. Mykolas Majauskas (former adviser to Prime Minister of Lithuania (2008-2012), Founding Curator of Vilnius Hub at World Economic Forum). There is a facebook page opened to support the cause. Also, an official letter was sent to the Mayor of Vilnius with the request to rename this particular square.

On 30 November 2014, a ceremony of the remembrance of first attack of Yanukovych’s regime against peaceful students in Kyiv was held at 1PM at the square in front of Russian embassy in Vilnius. During it, Lithuanians held a moment of silence for Ukrainians that dies from the hands of the Yanukovych regime and defending Ukraine from the Russian invasion, collected clothes for refugees, and placed a  and a temporary name board in the square with the name of “Euromaidan.” These are photos from the ceremony from the Lithuanian outlet  http://www.15min.lt:

Tags Lithuania activists Vilnius
Back Source: euromaidanpress
Follow us on: