Russia claims there is a Ukrainian connection to NotPetya virus 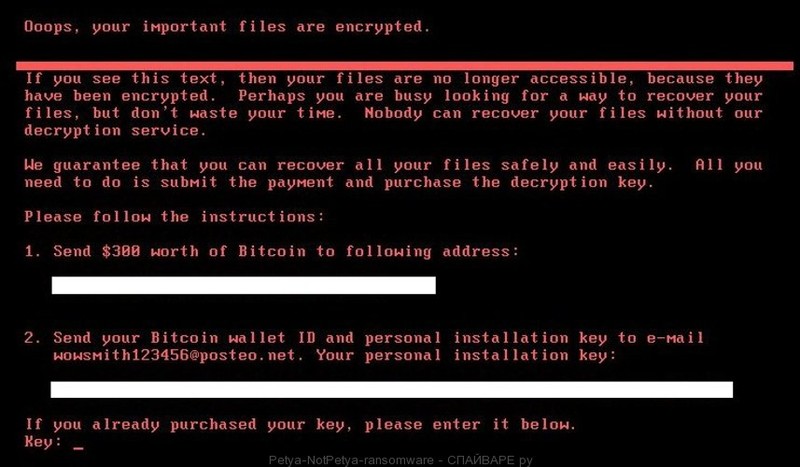 A "Ukrainian trace" was found in the NotPetya virus cyber attacks according to the Russian Minister of Communications and Mass Media, Nikolai Nikiforov, Interfax reports.

"We see no Russian footprint [here]. There is a Ukrainian footprint, because it [the virus] was circulated through the Ukrainian system, through an accounting software package," Nikiforov said. According to him, "anyone could produce" the virus.

Nikiforov noted that the virus was made up of two components "that according to Western media are the components of a cyber weapon designed by the US National Security Agency." According to the Minister, this cyber weapons "leaked to open sources prior to the virus creation. There were building blocks that were freely accessible, and it [the virus] was circulated and the blame was pinned on us," Nikiforov stressed.

In mid-February, the British government stated that the responsibility for a cyber attack using NotPetya virus lies with Russia, "especially, the Russian military." White House Press Secretary, Sarah Sanders also attributed the responsibility for the cyber attack to Russia. According to her, the attack was "a part of the Kremlin’s ongoing effort to destabilize Ukraine and demonstrates ever more clearly Russia’s involvement in the ongoing conflict."

The White House also announced that it will force Russia to respond for its aggression in cyberspace. "We have seen indiscriminate attacks by Russia on Ukraine in the context of continued hostilities in that country. What they used is a cyber weapon launched in an unwitting fashion, striking a number of companies and individuals and caused harm to our economies," the Assistant to the President on Cybersecurity, Rob Joyce stated. Australian authorities and the Danish Defense Minister, Claus Hjort Frederiksen, also accused Russia of involvement in the cyberattack.

The Kremlin has called the accusations of Western countries "unsubstantiated and baseless." "It’s no more than a continuation of the Russophobic campaign and again not based on any evidence," the Press Secretary for Russia's President, Dmitry Peskov claimed.

The cyber attack took place on June 27, 2017, then ransomware encrypted the data on infected computers and demanded a ransom from users. The Ukrainian authorities and companies, including Ukrposhta (Ukrainian Post) and the Ministry of Infrastructure suffered as a result of the attack. The virus also attacked companies in the UK, USA, Germany, Italy, and other countries.