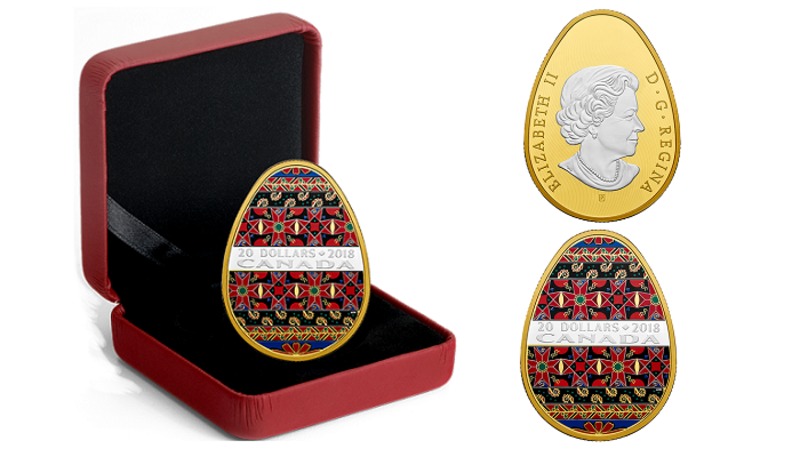 The Royal Canadian Mint issues a gold-plated coin in the shape of Ukrainian Easter egg pysanka.

This is stated on the website of the Royal Canadian Mint.

The coin is the third pysanka in the collection of the Canadian mint, but the first of its kind to feature reverse gold plating. The golden background is skillfully integrated into the colour-over-engraved reverse, where, per Ukrainian tradition, every detail has special meaning—from the "sky" blue to the bud-laden branches signifying nature's awakening.

The coin will be minted from 31.82 grams of pure silver with gilding and will have a denomination of 20 Canadian dollars. The shipping will start on February 6, and the overall mintage is 5,000 coins.

"Beyond its elaborate appearance and spring theme, this pysanka coin is an artistic tribute to the more than 1.2 million Ukrainian-Canadians, whose traditions are a rich part of Canada's multicultural heritage," the Canadian Mint says.

The coin is designed by Canadian artist Ann C. Morash, who also worked on 2016 and 2017 issues.