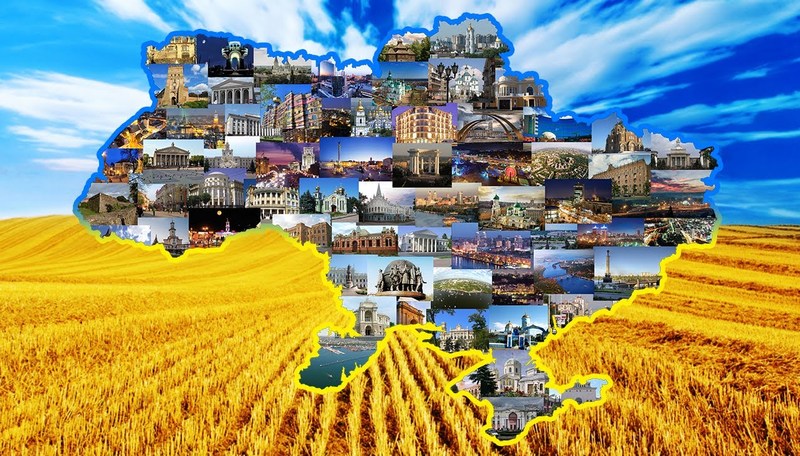 Fact 2. Weaving with handmade looms is still used in some parts of the country, including Krupove, located in Rivne Oblast.

Fact 3. Unlike many cultures around the world, Ukrainians wear wedding rings on the right hand not the left.

Fact 4. “O Sole Mio” the world-famous song was composed in the country.

Fact 5. Ukrainian romanticism started developing in the 1830s. Romanticist poet-painter Taras Shevchenko played a central role in this regard. He is widely regarded as the father of national revival.

Fact 6. Commemorated on June, the 23rd, Ivana Kupala Day is one of Ukraine’s most fun traditional celebrations. Boys and girls join hands in pairs and jump over a fire in a purification ritual. Locals believe that when a couple skip the fire without losing grip of each other, their love is destined to last a lifetime.

Fact 7. Vyshyvanka is the Ukrainian national costume. It is decorated with ornamental hand woven embroidery featuring floral detail. Both women and men wear the costume on various occasions.

Fact 9. The popular Easter egg tradition originated in Ukraine. Originally, the eggs were patterned using wax and dye. The wax was eventually removed leaving an impressive pattern with dashing colors.

Fact 12. Thousands of Jews were offered protection by Ukrainian religious leaders during the World War II. One of the leaders, Metropolitan Andrey Sheptytsky was honored in 2013 by the Anti-Defamation League for his humanitarian role. The Jews found refuge in monasteries and Ukrainian homes.

Fact 13. Ukraine is home to several archaeological sites that were previously Neanderthal settlements. The settlements feature a mammoth bone dwelling and is viewed as a possible location for the domestication of horses. The Molodova sites date back to 43,000–45,000 BC.

Fact 14. The world’s first constitution was drafted and introduced in 1710 by Ukrainian Hetman Pylyp Orlyk. The document was aimed at introducing the separation of powers. It outlined the responsibilities and rights of both citizens and government.

Fact 15. Russia and Austria showed very little interest in Ukraine in the 19th century. The country was predominantly rural. The situation changed as Ukrainian modernization and urbanization expanded.

Fact 16. Catherine the Great and some of her successors advocated increasing German immigration into Ukraine following the Russo-Turkish War in the late 1700s. The primary objective was to dilute the country’s demographic, which was characterized by a dominant Turk population.

Fact 17. Stalin, Churchill and Roosevelt met at the Yalta Conference in 1945, which was hosted by Ukraine. The meeting was aimed at charting the way forward in relation to the organization of post-war Europe. The venue, Livadia Palace is now a museum.

Fact 18. In 1986, Ukraine witnessed the world’s worst nuclear power plant disaster. The tragedy occurred at the Chernobyl plant located in the northern part of the country. The area has since been declared an exclusion zone. The disaster and declaration led to the emergence of several ghost towns. The area attracts multitudes of tourists despite the high levels of radiation.

Fact 19. Kiev boasts the Hero City status, which was conferred by the Soviet Union in honor of its fierce resistance to the Nazis in 1941. The Germans surrounded the city in what became known as the Battle of Kiev.

Fact 20. The country shares ties with Western Europe that go back 1,000 years. Anna, the daughter of Grand Prince Yaroslav helped pave the way for strengthening of relationships when she became the Queen Consort of France in 1051. She played a huge role in exposing French people to Eastern culture.

5 facts about Ukrainian food and cuisines

Fact 21. Borsh and varenyky are some of the most popular traditional Ukrainian dishes.

Fact 22. Lviv is home to the highest number of cafes per capita in the world. It boasts up to 1,500 establishments.

Fact 23. McDonald’s in Kiev is reportedly one of the busiest in the world.

Fact 24. Ukrainians love drinking horilka, which is a local variant of the famed vodka. Locals often flavor this national drink with chilli pepper to give it a bit more punch.

Fact 25. Locals also enjoy drinking stewed fruit (Kompot), which is a non-alcoholic sweet beverage. It is prepared by cooking different types of fruits, such as gooseberries, rhubarb, strawberries, apples and sour berries among others. The drink is often flavored using spices, particularly in winter months when it is served hot.

Fact 26. Ukraine has the distinction of being the geographical center of Europe.

Fact 27. It features the deepest metro station in the world, which was built in 1960.

Fact 28. Its capital city, Kiev also features the shortest main city street with a length of only 1.2 kilometers.

Fact 30. Ukraine has the fourth highest literacy rate in the world.

Fact 31. Native Ukrainians consist of roughly 77.8 percent of the population.

Fact 32. Although Ukrainians are hospitable, they seldom smile in public.

Fact 33. Locals boast a distinctive ethnocultural identity, which is expressed through music and folk oral literature.

Fact 35. Locals designed the world’s heaviest aircraft, the An-225 Mriya.

Fact 36. According to the Traveler’s Digest, Kiev is home to the most beautiful women in the country.

Fact 37. The invention of the first gas lamp took place in Lviv.

Fact 38. The country is the second largest in Europe after Russia.

Fact 39. Ukraine hosts up to seven UNESCO World Heritage sites, including the primeval beech forests of the Carpathians.

Fact 40. It has one of the largest armies in Europe.

Tags ukraine
Back Source: the fact file
Follow us on: