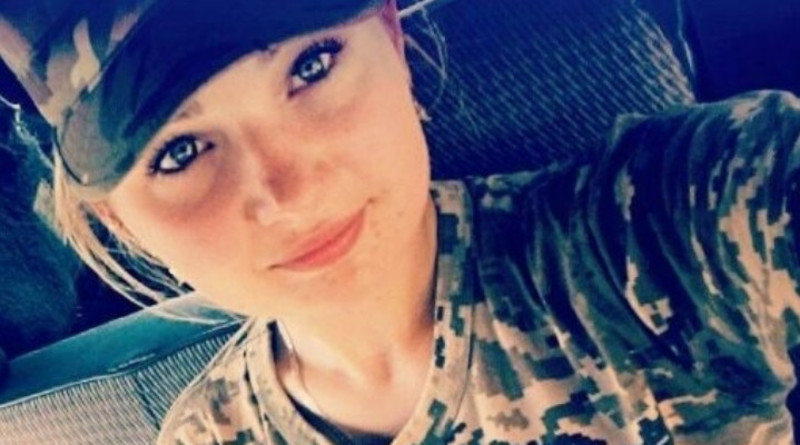 On February 20, 2018, a Russian made guided missile hit a vehicle near the village of Katerinivka, the Donetsk region, Ukraine.  There were four people in this vehicle.  One of them was Sabina Galitska, a 23-year-old medic of the Ukrainian armed forces.  Sabina was on her way to the village of Katerinivka to provide medical service to residents of the village that had recently been liberated from the pro-Russian forces.

The missile hit the vehicle from the maximum distance, which requires a very experienced operator of the missile launcher.  The evidence suggests that this is not an isolated act of this individual.  The combatants on the Ukrainian side in the region inform that this particular individual has hit several other targets in this zone over the last few months.  The launching of this missile and other missiles by this individual have not pursued any military purpose.  Their sole purpose has been to kill and terrorize people in this area.  In this particular case the object of attack was medical personnel that was not in a combat situation but in fact was on a humanitarian mission.

We know that the White House has learned about the incident involving Sabina Galitska.  We also know that the White House is conducting an investigation of this egregious act of terrorism.  We urge you to complete this investigation, identify the individual responsible for this and other crimes of terrorism, and bring him to justice.  We also feel that the activities of the Russian government in the region are terrorist and Russia should be designated as a state that inspires, supports, and abets terrorism.

Sabina was buried on February 23, 2018, in the village of Bastova Rudnia in Ukraine.  She was unmarried and is survived by her mother, father, and brother.