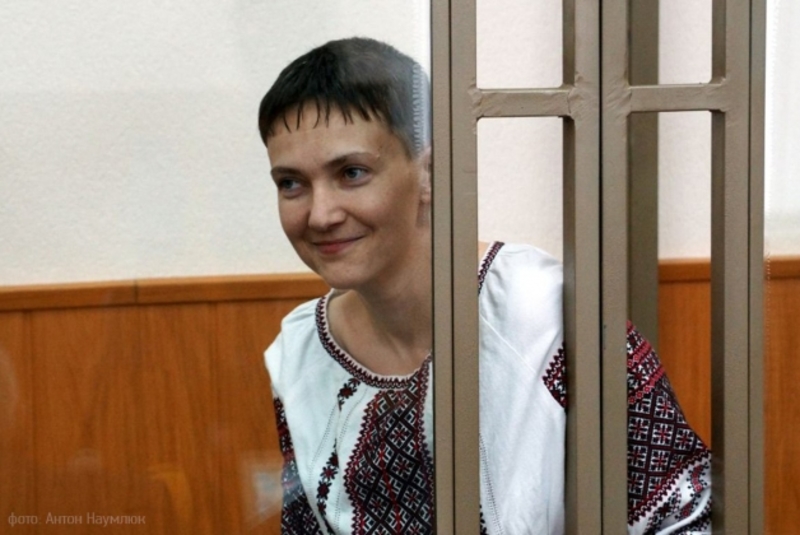 I do not accept any guilt, nor sentence, nor Russian court. In the event of conviction -there would be no appeal. I want the whole civilized democratic world to understand that Russia is a third world country with a totalitarian regime and dictatorship, which spits on human rights and international law.

The situation is especially absurd when those who kidnap people - expose them to torture, and then pretend that they have the right to judge. Therefore, how can there be a fair trial? A trial or investigation do not exist in Russia! Here, it is a farce puppet show of the Kremlin, and I believe it is absolutely unnecessary to waste time in my life and be part of it!

Therefore, the appeal will not happen, and instead the following will occur: after the sentence I will continue the hunger strike for another ten days until the sentence comes into effect and this is regardless of the translation of the sentence into Ukrainian translation because they drag time when translating. Ten days later, I will declare the dry hunger strike and then in no more than ten days Russia is obligated to bring me back to Ukraine, where I was kidnapped! And, I do not care how they will justify this. I heard that the president, Petro Poroshenko has very good influences in diplomacy. Thus, I hope that his diplomatic skills are enough to have a settlement with one of the idiots in Russia ... As he was the one that promised my mother that I would be back home in May 2015 to celebrate May observances.

And, while my life will be bargained for, eventually I will have to leave Russia and will return to Ukraine dead or alive! But I will return! And throughout all these ten days, my sister will wait day and night by the prison gates either to see my release or my death. If she becomes imprisoned -my mother who is 77 years of age will come in her place. Will you imprison her as well? Then, their place will be replaced by my friends, followed by other Ukrainian patrons! And remember – you cannot imprison all of us! And while my fellow Ukrainians will stand there; simple, honest and decent Russians from neighboring houses, will bring them hot tea, sandwiches and blankets; as each one of them understands that one of their children may be in my place, in this prison of people in the country called Russia! And, this is how protests for independence begin! Do you really need this ?! You are afraid of this, like fire! This is why for Kremlin, it’s better to bring me back to Ukraine as soon as possible and alive!

The rest of the world with democratic values should better understand the lessons of history and remember that at one time Europe was tolerant with Hitler, and when America was not quite decisive; it led to World War II. Putin – is a tyrant with the imperial attempts and complexes of Napoleon and Hitler taken together. However, “a Russian bear” with the knowledge of human language does not understand it; he understands only the language of force. Therefore, if we do not become more decisive and do not recognize correct priorities, we will soon have a third world war.

Now, as a politician, I will not shake hands with Russia in the political arena. It is not appropriate to shake hands with someone who held you handcuffed and your people in chains. But making every political decision, I will always think how it will affects the common people both Ukrainian and Russian. In spite of everything, in Russia, there are still many honest, decent, kind and unfortunate people.