The history of Ukrainian immigration to the US 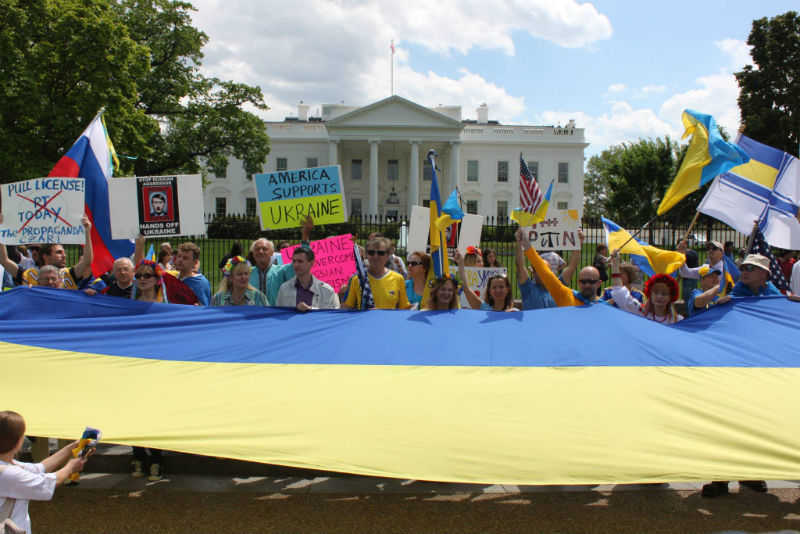 Migration is a process that has been familiar to humans from the dawn of their existence: we have always been migratory species moving from place to place in search of shelter, food, and other resources, as well as to avoid danger. This is why sociologist Rystad said, “…mankind’s entire history has been a history of migration” (1992, p. 1169). The reasons for migration have not changed much since: we still relocate to avoid danger and seek resources. It’s just that the danger now may be political, and the resources are money instead of mammoth fur.

As much as migration is an innate quality of our existence, it can still bring about many psychological struggles – moving from one country to another induces stress, anxiety, and a need for quick adaptation. Some things that can help with this stress include social support from friends and family, a healthy approach to adaptation to new culture (we will talk about that in the next article), and staying connected to your “roots”. While “roots” are often interpreted as connections to the home country, in a broader sense they also mean connections to immigrants who came before us. Their stories, struggles, and successes inspire us, support us, and make us feel like we can succeed as well.

So in order to establish a connection to our “immigrant roots” I’d like to share with you a brief history of Ukrainian immigration to the US. It is my hope that this will provide you with a deeper understanding of us as a Ukrainian diaspora in the US and serve as an inspiration and a source of pride for our community.

While various details are subject to debate, historian Satzewich (2002) suggests four distinct waves of Ukrainian immigration to the US. The first wave of immigration occurred between 1899 and 1914 due to the oppression of Ukrainian peasants within both Russian and Austro-Hungarian Empires (Ukraine was divided between the aforementioned states at the time). According to Halich (1937), about 254,000 Ukrainian immigrants arrived in the United States and many were directed to settle in North Dakota (to this day there are towns named Ukraina, ND and Kief, ND). He also estimated that in 1909 there were approximately 470,000 first- and second-generation Ukrainian Americans in the Unites States. But most of the Ukrainians who migrated to North America during the first wave did not arrive with a clear sense of themselves as Ukrainians (because of the division), so they have assimilated quite rapidly and the task of tracing their destinies does not present itself as easy.

Between the wars, due to restrictive actions of Bolsheviks, many Ukrainian patriots had to move, creating the second wave of migration. Ukrainian patriots supported the idea of independent Ukraine and therefore were severely pursued by Bolsheviks. About 12,000 Ukrainians came to the United States during this wave, forming a fractured and politically diverse diaspora. This group consisted mostly of patriots and therefore maintained strong ethnic group consciousness.

The arrival of the third wave of immigrants after World War II further exacerbated the already complicated picture of Ukrainian diaspora. The War had tremendous negative consequences for Ukraine, including the loss of one sixth of the population and destruction of over 28,000 cities and villages, which left about 10 million people homeless. Faced with extreme economic hardship coupled with postwar Soviet repression, many citizens decided to leave. Between 1947 and 1955, about 80,000 Ukrainians immigrated to the United States. Similarly patriotically inclined, they created numerous cultural organizations, choirs and dance troupes, museums, newspapers, and so on. Ukrainian art was on display and admired by many Americans. After one of Ukrainian dance performances in New York City, the New York Evening Post correspondent Henry Beckett wrote, “What this country [US] needs is more Ukrainians” (In Kuropas, 1984, p. 57).

Finally, the most recent, or “fourth”, wave of immigrants (i.e., from 1991 to present day) is a so-called economic diaspora. Independence has brought economic hardship for Ukraine that continues to this day. Even before the Soviet Union collapsed, the economic indexes were dwindling, but the industry decay accelerated during the 1990s. The prosperity was not achieved regardless of the western aid and opening of markets. By most measures of economic and social well-being, Ukraine’s post-independence performance has been extremely weak as unemployment has risen and legal wages have fallen. As such, it is little surprise that this tumultuous transition to capitalism has produced yet another wave of migration. Similar situation was observed in Poland, where “one of the most visible signs of new democracy […] is the unprecedented growth of transfrontier migrations” (Ostrowski, 1991, p. 127). Between 1992 and 1997, a total of 107,916, or an annual average of 18,000 people who had been born in Ukraine immigrated legally to the US. Thus these Ukrainians faced the economic and social disasters resulting from independence from the USSR coupled with the shortcomings of the Soviet education system that placed no value on learning a foreign language.

As a result, the US is now home to one of the largest Ukrainian diasporas. As of 2009, we stand 976,000 strong (US Census Bureau, 2011). Unofficial records suggest this number may be closer to 2.5 million individuals. When united, we are a force to be reckoned with. To remain connected to our Ukrainian legacy, make sure to stay updates on UACCH events and show your Ukrainian pride by volunteering with us. Because, what this country needs is more Ukrainians!

Ua Post
The "winning" articles were prepared in advance in the Russian media
Ua Post
Good deals season from LOT
Ua Post
What is Young Business Club?
Ua Post
Free Idel-Ural demands from Russia to stop the oppression of freedom of speech on the internet
Website ad