The rating of the most sold cars in Ukraine 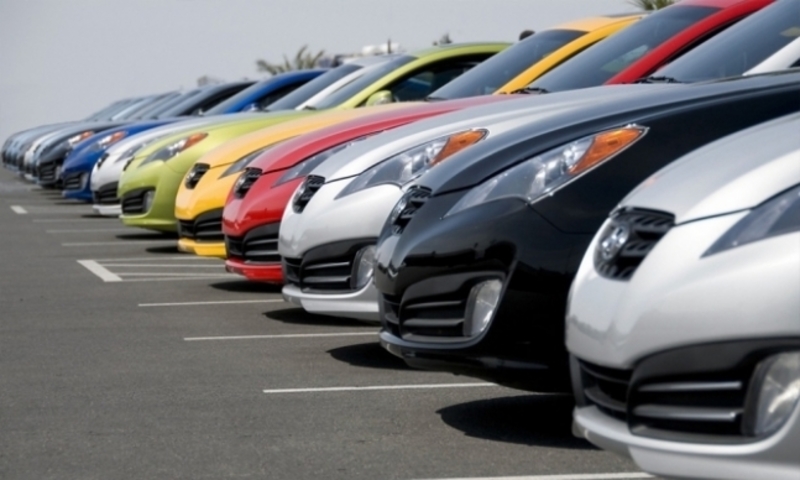 One of the most popular sites selling used cars shared the statistics of shopping among its users. Now we know what cars are most often searched for and purchased this winter Ukrainians.

Three months of winter Daewoo Lanos lost the top position, and VAZ all flew out from the rating. Looks like the Ukrainians are accustomed to quality vehicles and demand for them grows. Grow and price ranges, in which users are looking for cars. Don’t believe? And the numbers speak for themselves:

Renault at the end of 2017 officially became the most popular car brand in Ukraine in the segment of used cars. Within 12 months of the car the French brand has bought and sold more than 10,000 times. In many respects the leading position of the French brand managed to defend, thanks to the Megane model, which this year is still in favor of the Ukrainian buyers. As you can see, the average price specified above, is not cheap. Today it is the second most expensive model, represented in our ranking. The fact that the popular Renault Megane this past winter was quite young auto 2012 release.

And then there is just the most expensive of the most popular used cars of winter. In most cases, Skoda Octavia A5 was buying in execution of the same in 2012, which affected the average cost. However, for many Ukrainian this amount was not excessive and Octavia of ease settled on the ninth line of the rating. So, among the variety of new cars, presented in the catalog, it is “Octavia” look more potential buyers.

Those who follow ratings, now will face the first unexpected turn. The fact is that usually the list of leaders in the sale on the used market car brand Opel presented a model of the Vectra, and now it was replaced by the Astra G. But do not be surprised in advance – this model is also in the ranking. Interest in Opel Astra G at the Ukrainian buyers has always been present, just not as noticeable as this winter. Most buyers interested in the 2000 model year, which you can find with petrol engines volume from 1.2 to 2.2 liters. In the diesel range consists of the 1.7 – and 2.0-liter engines.

Another representative of Renault in our current list only confirms the leadership of the brand in the market used cars Ukraine. However, if you fire buying the Renault Laguna, it will be possible only in the catalogs of used machinery in our country it is no longer supplied. We also know that the Renault Laguna is one of the most favorite cars on the “links” among the Ukrainian. When we studied the statistics of secondhand cars on Euronumber in 2017, the Laguna was the only model of the French brand, got to how whatever a meaningful place in the rating.

Fans of urban hatchbacks that reserved look in the direction of used cars, ask the question “should buy a Volkswagen Golf” much less frequently than wondering, “what exactly Golf to buy”? More advantages is not the first time gave fourth generation model. The third generation hatchback too often broke into the rankings of the most popular in Ukraine used cars, but almost always concede the leading position its more recent counterpart. It is known that the Volkswagen Golf – the most popular car of Europe for years, so that the circulation of these cars on the used car market is very active.

This familiar to everyone, the car has not changed its position in the ranking: by the end of 2017 Chevrolet Aveo was also on the equator top ten used cars. The stability of their positions, the machine required quite a good price with a sufficient level of comfort and reliability. However, winter buyers often look to more ranch Chevrolet Aveo. If last year’s best-selling model was the car of 2008 in a snow period, more attention took the version from 2005.

Hard to believe that Daewoo Lanos was not the most popular car in the winter. Even worse in my head fit the fact that long-time leader rejected already in fourth place. And the less the past three months was recorded “only” 1740 ad this car marked “sold”. Interest Lanos subside, but he still remains a popular car. At average cost is the most affordable in presented today ten version.

Audi A6 – the most popular car in the used market car in 2017, if we are talking about browsing to directories. According to statistics, this car is admired by potential buyers over the last year. As for the sales, “six” at the results of last year ranked second, behind the leadership only Daewoo Lanos. And although this winter the German car managed to bypass the competitor, but to become the undisputed leader until he could not. However, to get an honourable bronze Audi A6 was not easy, given the fairly bold average cost. In this case, if the whole of last year, the most popular model of 2006, in the winter the preference given to the version of 1999.

Fans of the Passat’s often divided into two groups: interested in old reliable Passat B4 and those who are more attracted to his successor B5. This winter the choice was made in favor of “youngsters”. Let’s be honest: the model goes up more rapidly in its popularity in the category of not cleared cars. So, at the end of last year, is third on the car which was given in good hands with “everblame” to boot. You can safely assume that these ads ultimately were decisive in achieving the second place in sales.

Let the brand Opel and causes everyone to laugh at him, but the numbers speak for themselves. Used market car Ukraine brand has established itself as a very significant player. Today we had two company representatives, one of whom managed to take first place in sales this winter and go across the country with a circulation of 2491 thing.