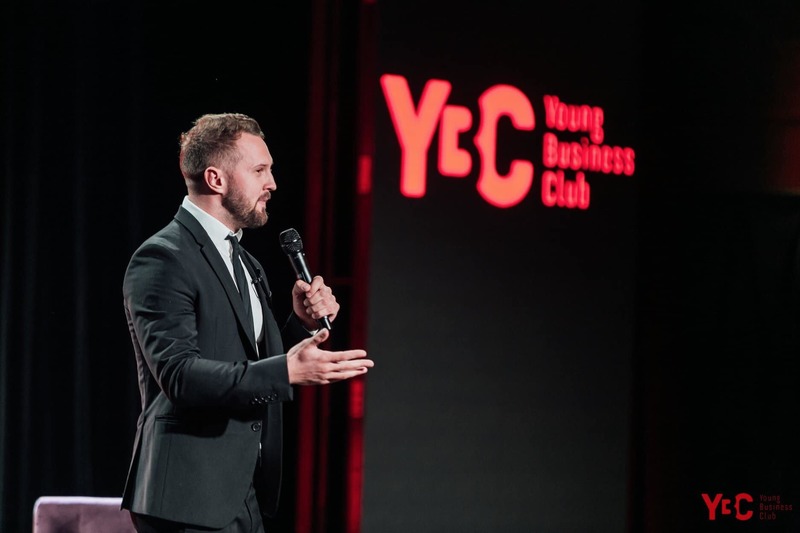 How did The Young Business Club change the lives of its members for one year?

If Jay Gatsby, the hero of the novel by Francis Scott Fitzgerald, was our contemporary and lived in London,

he would most likely have participated in the Young Business Club.

Relationships are not social media friends, overfilled business card holders, unprofitable connections. They are long-term relationships with people built on mutual assistance and trust, which form your social capital. It is this capital which often helps to solve personal and business problems which cannot be solved using money.

It is very difficult for a person to find like-minded people after moving to another country. Especially when he opens his business and goes to a different level of living.

Environment is what we must look for in a new country first of all. And it would be better to surround yourself with successful people. According to Thomas Leonard’s study, 50% of our success depends on our environment: as much as on the way of thinking, knowledge and skills combined:

Studying child prodigies throughout his life, Lewis Terman proved that intelligence and success are weakly connected: the realization of potential that our environment directly affects is much more important.

We may not even notice how those with whom we communicate change us.

Young Business Club opened in London on 5 June, 2018. According to co-founder and ideologist of the club Andrey Ostapchuk, “a series of accidents that never happen by chance” helped him to implement the project in Foggy Albion.

“When I flew to London for the first time, I did not think that the city, which had met me so unfriendly in the rain, would give me so many new acquaintances and friends. Firstly, I found out that in the British capital there is not a single club similar to our Ukrainian one. Some time later, Timur Artemyev spoke at the Ukrainian club, and he liked the idea of the club. After coming back to Kiev, the idea to create a Young Business Club in London did not leave me. For many days, the thought was spinning in my head: if Evgeny Chichvarkin spoke at the opening of the club, then everything would have worked out for sure! And on the 25th day of April, suddenly a phone call from Evgeny - he called me by mistake. I just asked Evgeny to support us, to speak at the opening of the club! And he did it! Thanks to Timur and Evgeny, their support in many respects determined the fate of the club development. After arriving in London, I held 68 meetings with young entrepreneurs during seven days. And on the 5th of June, my partners - Vyacheslav Lysenko, Sergey Gaydaychuk, Aleksandr Komashko and me opened the Young Business Club,” Ostapchuk tells his amazing story.

From the day the club was founded, out of 361 businessmen who went through all stages of qualifying interviews, only 68 businessmen were able to become a part of the community. Of these, only 41 people are members of the club, the rest are still candidates and are on probation.

What Are The Results Of Club's Operation For Over The Past Year?

“I began cooperation with two participants in the construction: Ivo Kunev and Evgeny Tarlev. They serve as contractors, and if they have construction facilities, we recommend each other. I also found the circle of close associates and thanks to the club and the opinion of people with experience in the same field I revised my positions regarding business management.”

“I invested in seven businesses of club members because I wanted to diversify my income. All businessmen understand that one shouldn’t deal with only one business. That’s why I invest in those businesses that have been in the market for a long time.”

“Participation in the club is a charge of positive energy, an opportunity to communicate with positive-minded people. I went to the club for communication: my participation in the Young Business Club is more motivational, but just this motivation allows me to improve, find and discuss new ideas, broaden my outlook. Not only the presence of business partners, but also like-minded people from all over the world makes life simpler, and at the same time more full of various meanings.”

“I have created a new generation of garbage chutes, when a person simply throws out the garbage and it is removed outside the city using a pressurised pipe. To develop this project, I needed £20,000. “I called Sergey Kharlamov, a member of the club, told him about my project, and he invested his money in it because he saw a promising model in it.”

“At one of the meetings in London, I met Andrey Smal - a club member from Kiev. We formed a warm friendly relationship, and when I came to celebrate the birthday (second anniversary) of Young Business Club Kyiv, I stayed at his place. I saw a small box in Andrey’s house. It was a flooding sensor, namely, the Ajax system by the Ukrainian manufacturer.  Surprisingly, the UK was not among the countries which imported the system. Bearing the thought of security systems in mind, I returned to London, began to monitor the market and two months later came to Kiev to meet with Ajax founder Aleksandr Konotopsky and discuss distribution. A month later, we implemented the first delivery to the UK.”

“I insured my business with one insurance company, but when I consulted with clubmate Tatyana Brown, I discovered that my insurance was not duly prepared and would not have been paid in the event of an insurance case. I knew that the members of the club, Andrey Prutkovas and Vadim Lyakhovsky, were already using Tatiana’s insurance services, and we also began to work with her immediately. Now, when I need contractors for any issues, I first address to my clubmates.”

The club is only 11 months old. But nine participants from Kiev are about to start a business in London due to the support and experience of their clubmates from the British capital.

“I got acquainted with Emil at the Young Business Club, and he introduced me to the man who invested £ 1,000,000 in the opening of my third park. I really appreciate meetings at the club, as I get a lot of information there. It is especially useful to have access to people from various fields in order to use the services of quality suppliers under good conditions.”

“When we are together, we unite our capabilities. Because we have the same tasks in business, with which we will cope more effectively together. In addition, when people who have achieved results unite, they change themselves, change their companies, thus changing the country and the world. This is the mission of the Young Business Club,” Andrey Ostapchuk reveals the goals of the project. 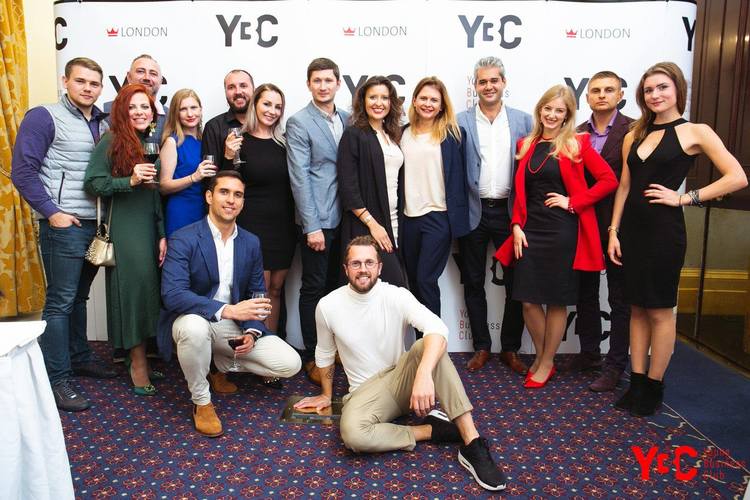 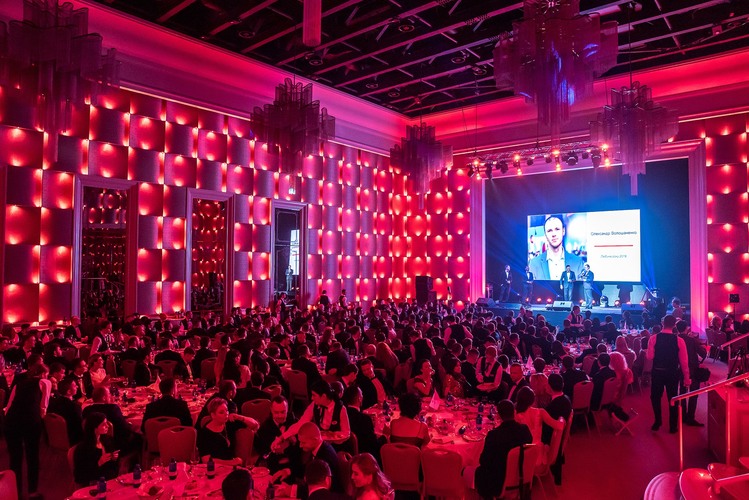 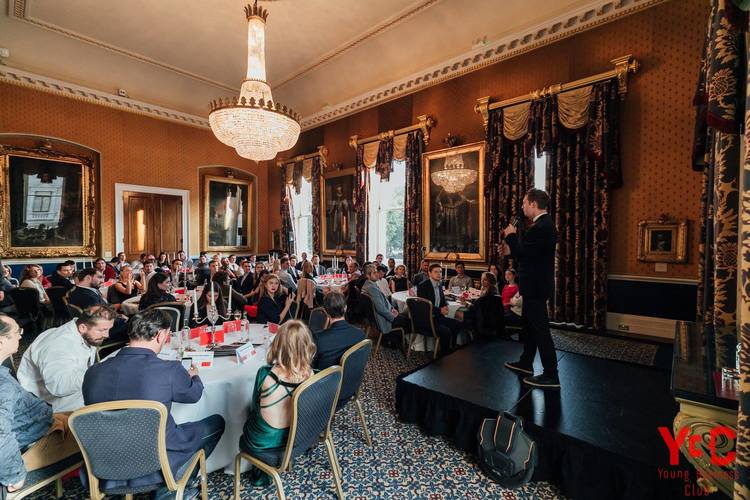 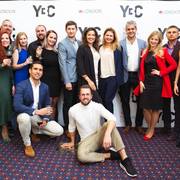 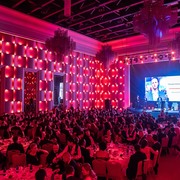 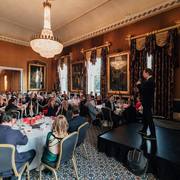 The meeting speakers are:

Evgeniy Chernyak - the meeting headliner, Businessman. Top 100 Forbes.  The author of the most popular business training channel on YouTube — Big Money. No. 1  Business Speaker in the CIS

Glib Zagoriy, co-owner of the family business, Darnitsa pharmaceutical company. Wealth: $ 123,000,000, he is the 67th in the list of the richest people in Ukraine

Build relationships before you need them.

Ukrainian founder has developed a unique service for... 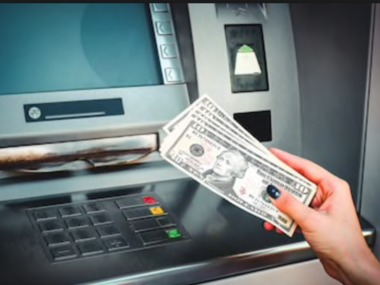