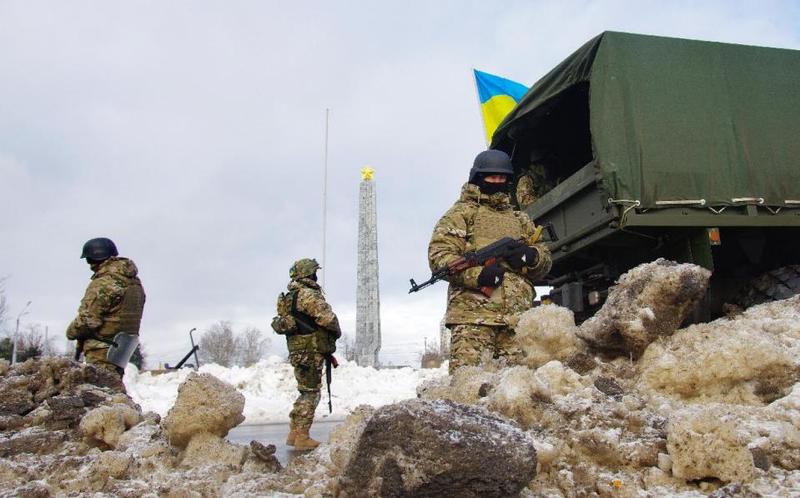 Four Ukrainian soldiers and at least as many civilians died Friday in an upsurge of rocket attacks that came just as prospects for international peace talks on the nine-month crisis dimmed.

Local authorities in the rebel stronghold of Donetsk said another nine residents were injured in sporadic clashes that continued from dawn late into the evening around the industrial city's disputed airport.

The air hub -- once the busiest in Ukraine's largely Russian-speaking east -- has been held by a skeleton force of government soldiers since late May.

Almost daily attacks on the site by pro-Russian insurgents have resulted in heavy civilian casualties as volleys of long-range rocket fire from both sides go astray.

"After a long spell of quiet, the attacks resumed again the tonight," said Oksana, a 27-year-old mother of three as sporadic booms echoed in distance.

She said neighbourhoods around the airport had been effectively cut off from the rest of the city by the shelling.

But "our biggest worry is that one of the shells hits a boiler or gas pipeline and we and the children end up having no heat," she said.

Temperatures in Donetsk have been hovering around minus 10 degrees Celsius (14 degrees Fahrenheit) as the long winter settles in.

Ukranian military spokesman Andriy Lysenko blamed the spike in rebel attacks on new supplies of weapons that he alleged were provided by Russia under the guise of humanitarian aid.

Russia on Thursday sent its 11th shipment of trucks into eastern Ukraine since the start of the crisis.

Moscow said the convoy -- which Ukraine sees as a breach of its sovereignty -- was carrying winter supplies for civilians in the militia-controlled regions of Donetsk and Lugansk.

"It should be stressed that the terrorists' provocations are occurring immediately after the arrival in Ukraine of (Russian) humanitarian convoys," Lysenko told reporters, adding that there were 124 trucks in the latest Russian supply mission. 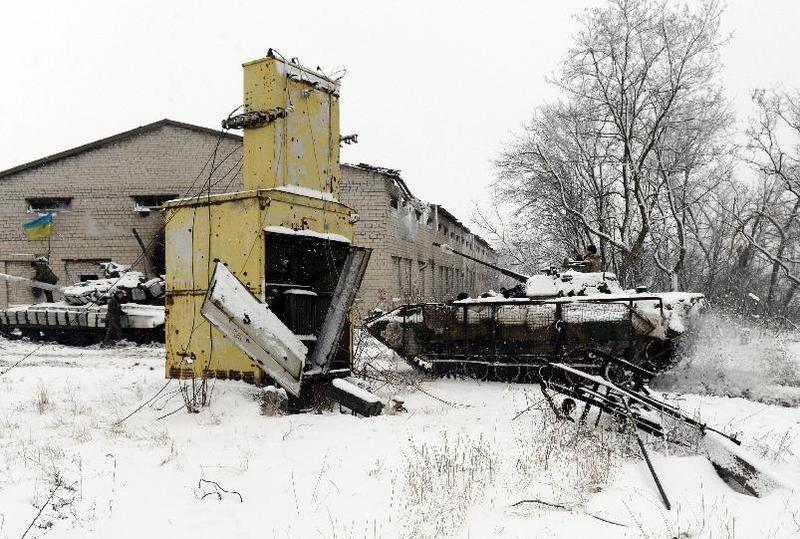 The tensions come less than a week before Ukrainian President Petro Poroshenko hoped to convene the first leadership meeting on the crisis since a fractious round broke up without any progress in Milan three months ago.

The Western-backed leader said in December he hoped to speak to Russia's Vladimir Putin directly at a January 15 conference in the Kazakh capital Astana that would also include the leaders of Germany and France.

But both the Kremlin and German Chancellor Angela Merkel's office have said that a specific date for talks is still being discussed.

The foreign ministers of the four countries agreed to meet in Berlin on Monday to try clarify the summit's timeframe and agenda.

But German Foreign Minister Frank-Walter Steinmeier stressed that the four leaders would only fly to Central Asia if they thought "tangible progress" could be made.

"We are still far away from that," Steinmeier added.

Russia is expected to use the gathering -- once it happens -- to demonstrate its stated commitment to halting the hostilities that have already claimed more than 4,700 lives.

The violence has eased since the Ukrainian government and rebels agreed a reinforced truce deal on December 9.

The Kremlin denies Ukrainian and Western charges of backing the rebellion in order to extend its influence in the former Soviet republic after the ouster of a Moscow-backed president in February 2014.