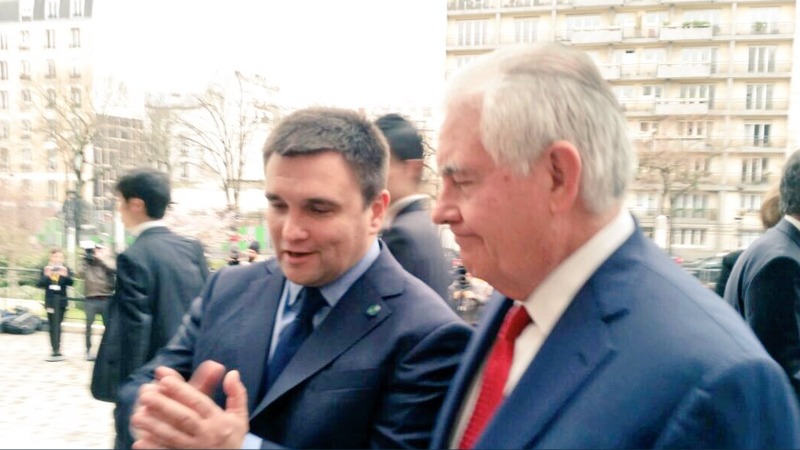 Leading diplomats of Ukraine and the U.S. met in Paris for negotiations. Ukraine's Pavlo Klimkin stood face to face with his American counterpart Rex Tillerson. Ukrainian foreign ministry reported this on Twitter on Tuesday evening.

The officials met during the ministerial conference in Paris.

Klimkin also plans to meet other foreign ministers in Paris and Davos, during the economic forum.

On Tuesday, the French capital hosted the meeting of 29 countries that aim to start the new initiative, looking into cases of use of chemical weaponry. This initiative is also supposed to seek prevention of such crimes in future and punishment for those who used chemical weapons.